Telugu is one of the most widely spoken languages in India, mostly spoken by people living in the states of Telangana and Andhra Pradesh. Due to such a large population of Telugu speaking people, television in India also favors them. Various DTH companies like Tata Sky, Dish TV, Videocon D2H, Airtel DTH, Reliance DTH, Sun Direct DTH etc. have Telugu channels in their packs. Apart from Telugu, they also have the channels of various other regional languages like Odia, Tamil, Bengali, Gujarati, Malayalam etc. In this article, we offer you the all-inclusive Telugu channel list that is provided by various DTH services providers in India. 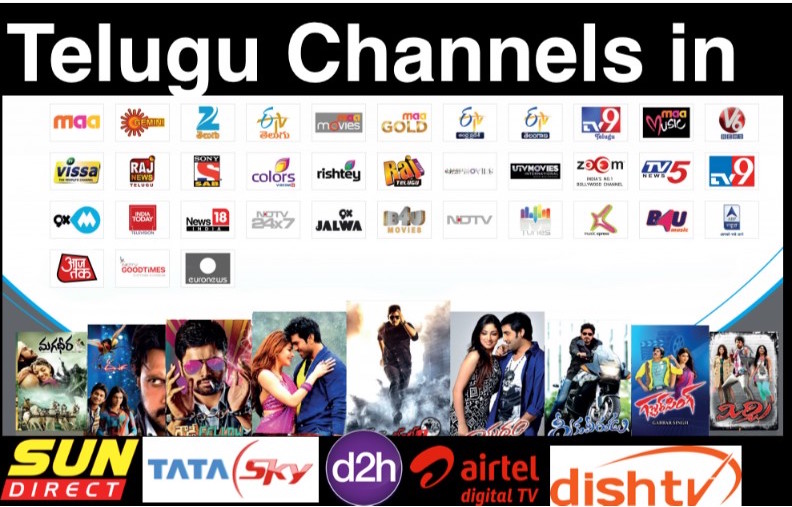 It has got special packs for Malayalam, Telugu, Tamil and Kannada speaking/preferring customers. But don’t be worried if you subscribe to some other DTH service provider as almost all of them air popular Telugu channels.

Now, let’s take you through various Telugu channel that each of the popular DTH service providers in India air.

Dish TV is the first DTH company in India and it too airs Telugu channels. You can always check out the Dish TV channel list on their website which also shows which TV show or movie is being aired at which time and on which day.

Dish TV offers 28 Telugu channels which include many movies, music and news channels of Telugu.

Videocon D2H has a wide range of South Indian channel packages. Apart from any package, you can also opt for add-on packs or a-la-carte channels.

There are loads of other regional channels too and it airs most of the popular ones. There are many upcoming HD channels in India and they are going to be included in the Videocon D2H channel list too.

Tata Sky was the largest DTH service provider till the merger of Dish TV and Videocon D2H. It has one of the largest numbers of aired channels and has some of the best user reviews. 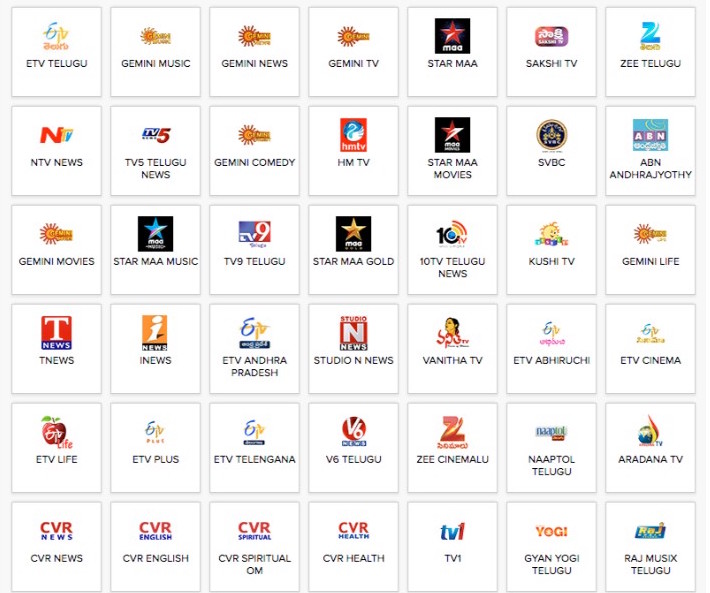 Tata sky channel list includes loads of regional channels and some in HD too. Tata sky airs about 42 Telugu channels in total which is better than Dish TV but is not a match in comparison to that of Videocon D2H. 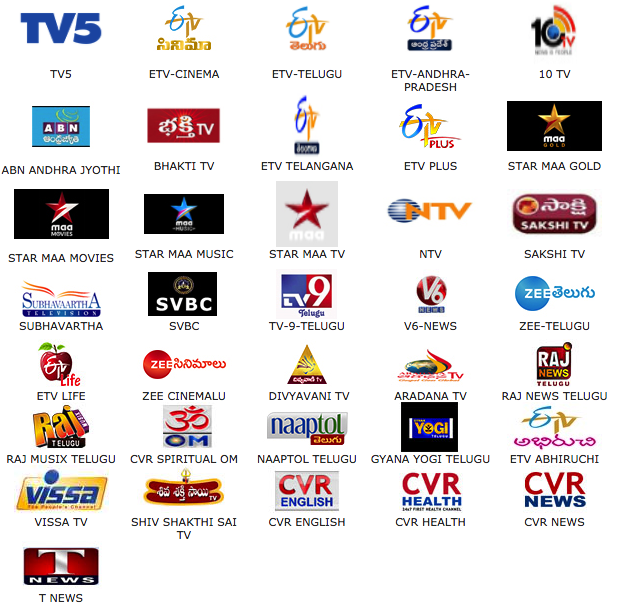 Do check out the Airtel Channel list before subscribing to it; it will give you a better idea about the channels you are gonna get and which packages would work for you.

If you are a South Indian resident always go for Sun Direct DTH. It has some of the best South Indian channel mix packs that you are gonna love!

We hope we have covered all the Telugu channels aired by different DTH service providers.

Do mention in the comments if we are missing out on anything.